How are your Q4 goals? 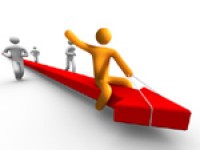 It is just about the middle of November as I look my office window at the turning and falling leaves realizing that the first half of the second month of the last quarter of 2013 is just about history and that got me to thinking: how have I been doing on my Q4 plan?

How are you doing on your Q4 plan?

The first question is “Did you make a Q4 plan?” That is, did you sit down and look at your 2013 goals and see how you measure up to those goals?

It’s time to step up on my soapbox and rant a little about a topic that keeps rearing its ugly head lately. Maybe you’ve tripped over it too?

Here are a few examples of what I mean:

Do you answer an email or call from a prospect or client or vendor in a timely way? Or put it off and ignore it for whatever reason?

Do they respond to you or do they ignore you?

Ever contact a prospect after a lengthy valuable consultation only to have them vanish into the ether?

Niche Anyone? What's Your Niche? 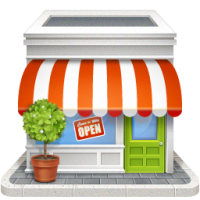 If you think you don’t need a niche for your product or service, think again. In a recent Wall Street Journal article about the fashion industry, I read about a couple of guys who started a very, very niched business. No, they aren’t fashion designers. Previously in jobs that were peripheral to the fashion industry, they saw a need that fashion brands had and figured out a pretty slick way to meet that need.

James Nord and Rich Tong founded Fohr Card and launched it in January 2013. It’s a database of fashion bloggers who have successfully engaged their readers (see my earlier blog post about engagement) to the point where they have significant and measurable influence in their market. These bloggers sign up to be included in Fohr Card’s database, signing over the login information so Fohr Card can collect actual, real time data on their influence using social media and other statistics.

Brand companies like Juicy Couture, Samsung, and Kate Spade pay handsomely ($1000/month) for access to this measurable data. Prior to Fohr Card, they had to rely on bloggers volunteering their stats, and trust that the bloggers stats were true. 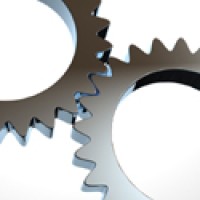 As a young girl, I was always attracted to stories. If an article in a book, magazine, newspaper, or mail piece began with a story, I was immediately engaged. If I was engaged enough, I would keep reading that article after the introductory story ended.

I’m not so young anymore but I’m still more likely to be engaged by a story in something I’m reading than something that just jumps in from the get-go. If I’m engaged, I’m more likely to buy. And as a business owner, that’s the bottom line, isn’t it?

Blogging is rampant. Many blogs are treated by the bloggers as a visible place to spill their opinions. But sprinkled in amongst the gazillion bloggers out there are a relative few really good bloggers.

If not, you're leaving money on the table Do you have a Premium Version?

I was reading the September 5th issue of the Wall Street Journal and came across an article on how Procter & Gamble have been introducing premium versions of their products, some at significant (greater then 50%) price increases over their normal counterparts. That lead me to thinking, do you have a premium product or service? If P&G can sell a premium version of paper towels at higher prices, you can certainly do it in your business!

There are many reasons and strategies for having a premium level of your products and services, but the biggest is that there are always some buyers that want the premium package no matter what. If you don't offer them one,  they will be disappointed. So give them what they really want! Premium products should not cost nearly as much as the increase in price, that is they have a higher profit margin. Do you think that P&Gs Bounty DuraTowel actually costs 20% more to make, equal to the 20% more it is priced? You can count on not.

Another strategy is to use the super-premium level as a way to compel your prospects to take the level you really want them to take, next level down.

We are very, very sloppy with language.

Consider the word “can’t”.  People use it often, casually, and, mostly, inaccurately.

As in: I just can’t seem to lose weight. Actually, barring a genuine medical disorder, the odds against somewhere in the 25,000 to 1 range, anybody can, in fact, lose weight. There’s no mystery to it whatsoever. Reduce calorie, fat, and empty carb intake, add exercise. The accurate word replacing can’t here would be choose. I just seem to choose not to lose weight. I choose to remain fat, ugly, unhealthy. 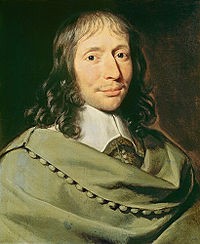