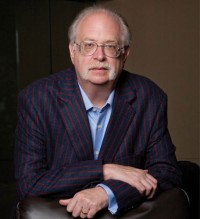 We are very, very sloppy with language.

Consider the word “can’t”.  People use it often, casually, and, mostly, inaccurately.

As in: I just can’t seem to lose weight. Actually, barring a genuine medical disorder, the odds against somewhere in the 25,000 to 1 range, anybody can, in fact, lose weight. There’s no mystery to it whatsoever. Reduce calorie, fat, and empty carb intake, add exercise. The accurate word replacing can’t here would be choose. I just seem to choose not to lose weight. I choose to remain fat, ugly, unhealthy.

I’m not a theologian, but I recall one of those bothersome commandments brought down from the mountain having to do with not lying. I know a lot of people who profess belief in those ten, yet lie like dogs daily to themselves. You’d think we could at least manage some private honesty with self.

In my businesses – publishing, consulting, coaching, training – quite a few people excuse themselves from doing the things necessary to be successful. In 30 years, I imagine I’ve heard every excuse. Most quitters aren’t very imaginative, so even the 30 year list is short. There’s the old story of the guy asking his neighbor to borrow his tractor. His neighbor says: “Can’t let ya. There’s a horrible drought in Kansas.”  The puzzled guy says, a little irritated, “We’re in Iowa. What the heck does the drought in Kansas have to do with me using your tractor?”  And the farmer says: “When a man doesn’t want to lend out his tractor, one excuse is just as good as another.”

Whoever publishes the piece in which you find this series of Why People Fail articles is just like me and every coach, karate instructor, art teacher, personal trainer,  business advisor; he, we, hear a lot of quitters’ excuses.  One of the saddest is “I can’t afford it.”

My friend Jim Rohn, a world class success teacher, has famously said: “Rich people have big libraries. Poor people have big TV’s.”   Somebody visiting one of my homes said, “It must be nice to be able to afford to buy and own all these books.” (There are thousands.) I said, “It is – but a good number of them were bought when I couldn’t afford them.”

They are cause, not effect. When Houdini moved from his country home to the city, it required five full-size moving vas just for his library of books about magic, performance, psychology, salesmanship. He did not acquire his library after becoming Houdini. He acquired it in becoming Houdini. Personally, years back, I found it less harmful to not afford a meal than to not afford information.

If you mean it as a drought in Kansas excuse to exit a place you decide you don’t belong, a program for progress and success you refuse to stick to and apply yourself to, it really isn’t necessary to fib to us or to yourself. Frankly, we don’t care, and you do yourself no good with the dishonesty. If you sincerely believe you can’t afford to acquire the information that leads so many to success, you might inspect what you doafford – your daily Starbucks run, your  cigarettes, your nights out with friends. Super entrepreneur Gene Simmons (KISS) wrote that anyone under 30 and not yet rich even thinking about taking a vacation should be shot. Anyone saying “I can’t afford it” to the tools, support and direction needed to get to position where they no longer need proffer such sad excuse needs a good old fashioned, back out behind the barn butt-whipping. In my opinion.

At least be honest. Look in the mirror and say: I choose not to afford it.

DAN S. KENNEDY is a serial, multi-millionaire entrepreneur; highly paid and sought after marketing and business strategist; advisor to countless first-generation, from-scratch multi-millionaire and 7-figure income entrepreneurs and professionals; and, in his personal practice, one of the very highest paid direct-response copywriters in America. As a speaker, he has delivered over 2,000 compensated presentations, appearing repeatedly on programs with the likes of Donald Trump, Gene Simmons (KISS), Debbi Fields (Mrs. Fields Cookies), and many other celebrity-entrepreneurs, for former U.S. Presidents and other world leaders, and other leading business speakers like Zig Ziglar, Brian Tracy and Tom Hopkins, often addressing audiences of 1,000 to 10,000 and up.  His popular books have been favorably recognized by Forbes, Business Week, Inc. and Entrepreneur Magazine. His NO B.S. MARKETING LETTER, one of the business newsletters published for Members of Glazer-Kennedy Insider's Circle, is the largest paid subscription newsletter in its genre in the world. To get more from Dan, Click Here